Kitscoty Community Theatre was formed in 1999 by Brian Hunter, Laurie Rogers, Barb Myggland, Della Barrett, and Jeane Hunter.  It was started as a program for Junior-Senior High school students to fulfill a need for activities for those students who did not play sports but were artistically inclined.

When local community discussions were held to build a community hall,  the Kitscoty Community Theatre was approached to do an adult dinner theatre as a fundraiser. The first play was "TAMING THE WILD WEST IN A DRESS" performed in 2003 in the Kitscoty Jr.-Sr.High school gymnasium. It was produced by Brian and Jeane Hunter and directed by Nesta Terryson, who was a broadcast journalist at a radio station in Lloydminster. She also directed our second play "HILLBILLY HANKERING" in 2004. "CHATEAU LA ROACH" was our last production in the school gym and was directed by Corrine King. She directed our next 6 plays.

Our new hall was built in the winter of 2005-2006 and was ready for" PERIL ON THE HIGH SEAS" performed April,2006.  We have done one performance every year as our main fundraiser.

Colleen Hoegl  continues to be our fantastic Director.   Brian and Jeane Hunter continue to be our amazing Producers of this yearly event..

We have had a core group of actors come out to audition with a few new faces every year. Dwayne Cooper is the only actor who has been in every play! Although Barb Myggland and Della Barrett have moved away from Kitscoty, Laurie Rogers still helps Brian do sound and lights. 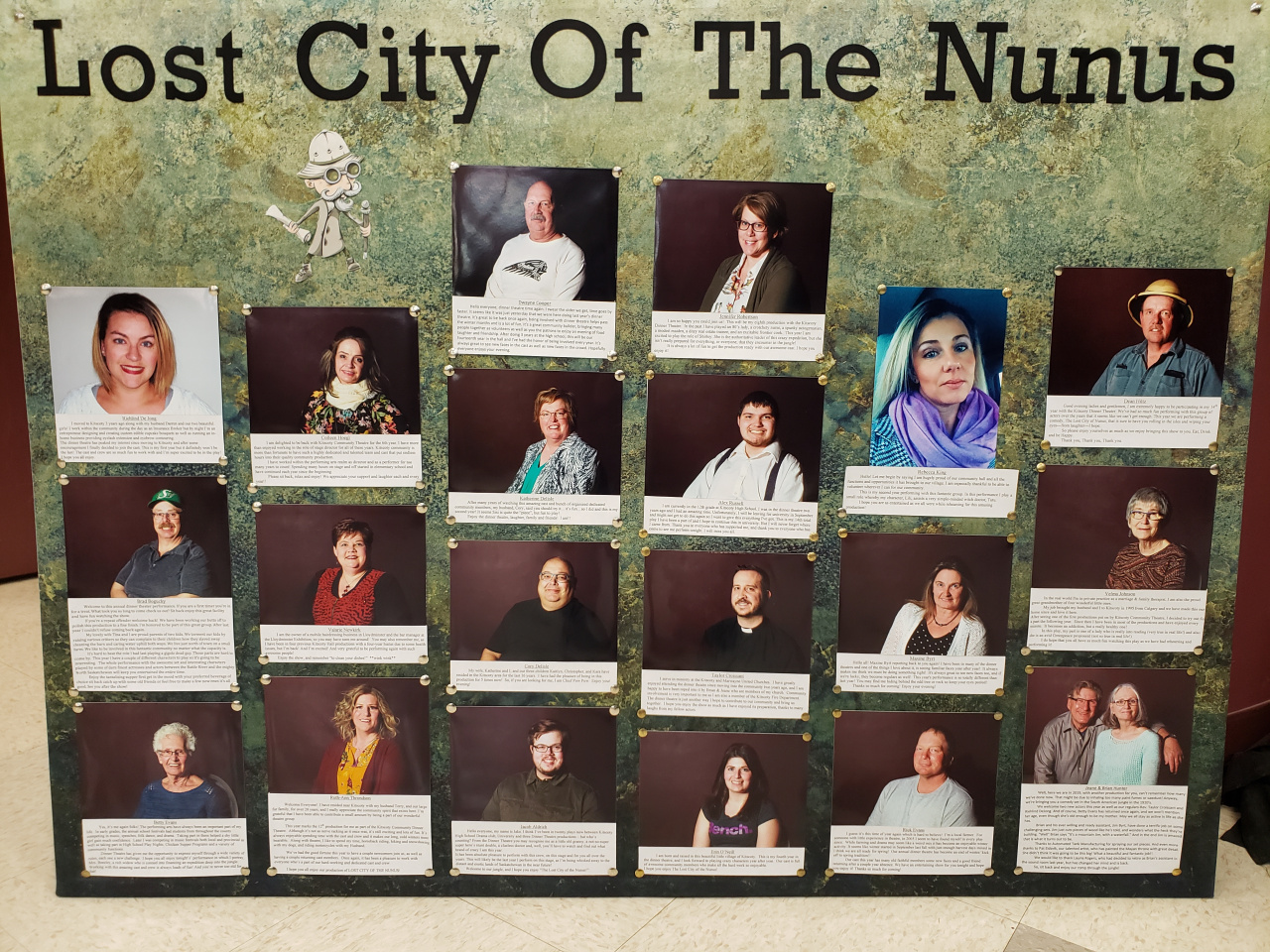 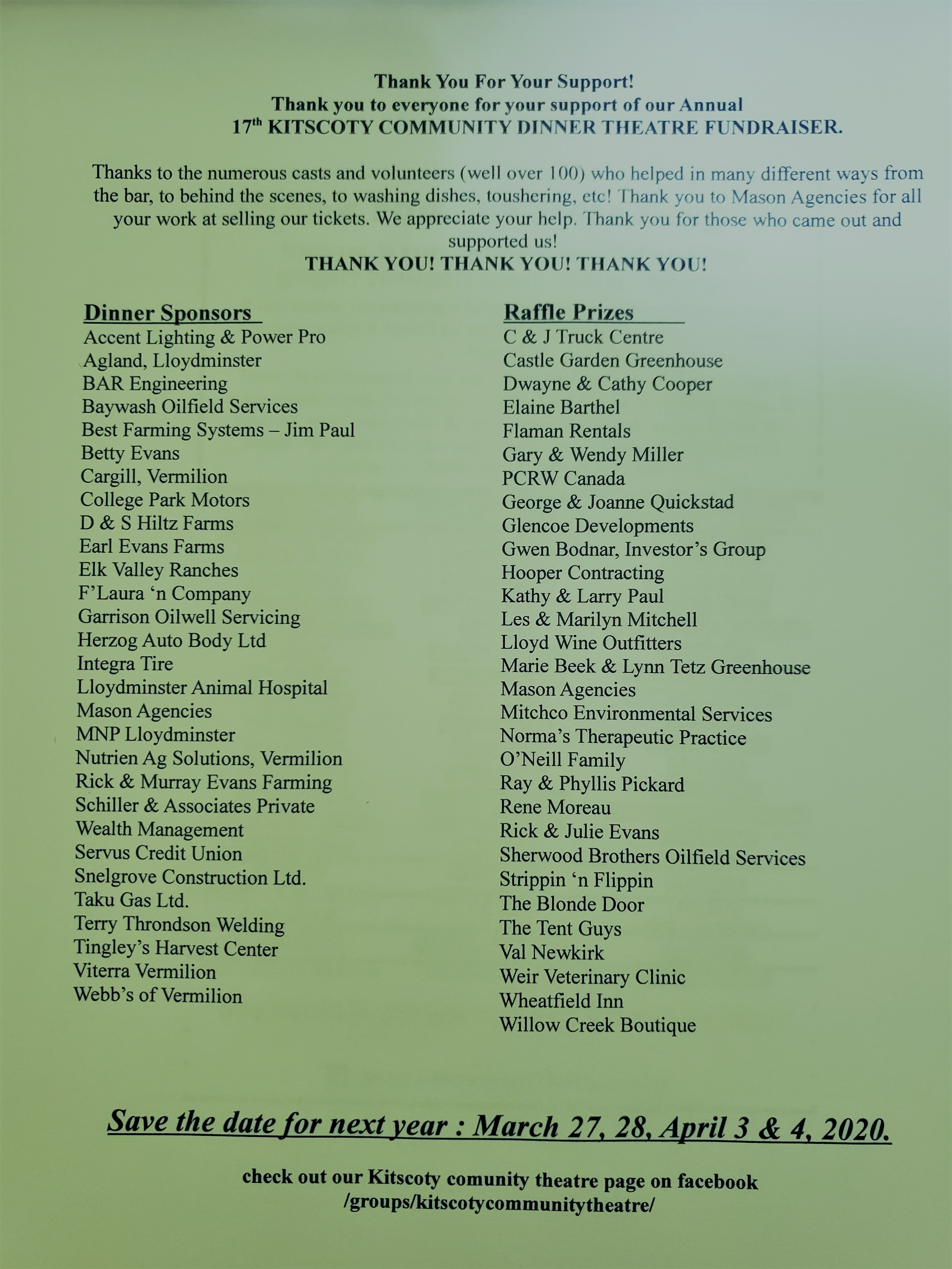